For the opening of their new Reading restaurant, Honest Burgers have partnered with Silchester-based brewery Wild Weather Ales to produce King Street Pale, a collaboration beer just for Reading.

Our pub reviewer James Moore heads to the Nag’s Head to sample a pint of the King Street Pale on cask, and to Honest Burgers to try it on keg and get the verdict on the look, smell and taste of the exclusive new Reading beer.

What’s the story behind the beer?

Wild Weather Ales are named after a play on the surname of their owner, Mike Tempest. They are a popular Silchester-based brewery with a sense of fun. They brew up a range of tasty ales with quirky names such as Storm in a Teacup (an Earl Grey IPA) and Damn Dead Strawberry (a lactose sour).

Honest Burgers have a speciality ale in most of their London restaurants, made in conjunction with local breweries. When planning the collaboration for their Reading restaurant, Honest asked Wild Weather to produce ‘something hazy and oaty. Still full of hops but not so much that it’s overpowering the food.’

The resulting King Street Pale is a 4.2 percent ABV, and uses Bramling Cross and Mosaic hops in the brewing process. It’s also got added oats for extra softness. Like most Wild Weather beers it’s also unfined, and naturally vegan friendly. That means it doesn’t use finings, which are traditionally made from isinglass (a substance obtained from fish) and sometimes used to clear up beer and help it drop in a cellar.

Slightly orangey and honey-like in colour. It’s murky, as you’d expect from an unfined beer like this, with a thin white head, which doesn’t disappear quickly.

There’s strong notes of tropical fruits with pineapple and hints of grapefruit, similar to a Solero ice lolly. I get no smell of malt at all. It’s a beautiful smell but not a wintery beer, unless you’re holidaying in the Caribbean perhaps.

How does it taste?

Like alcoholic Lilt. There’s no bitterness to the sip whatsoever and no real taste of malt, just light fruits and tropical notes. It’s very light and easy to drink, a great foil to a big burger meal.

It’s very tasty on cask at The Nag’s Head, but it’s even better sampled on keg at Honest itself, with all the fizziness and coldness that adds.

So what’s the verdict?

The King Street Pale is a real cracker. It’s easy to drink and very, very quaffable. Almost like a Caribbean beach holiday in a glass. It tastes great now, but would be a perfect summer beer. I can image drinking this outside in the sun. It would be great if Honest Burgers were planning seats outside on Market Place in the summer.

King Street Pale is available in cans and on keg at Honest Burgers, 1-5 King Street.

You can also catch it on cask on rotation at The Nag’s Head, Russell Street.

See more beer reviews from James Moore on his YouTube channel: 1001 Beers to Try Before You Die. 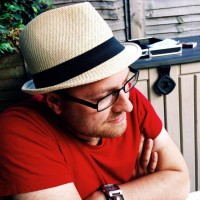 Previous Article
Music, Things to do

Are You Listening Festival 2018 guide