Reading Fringe Festival, our town’s premiere theatre and arts extravaganza, returns for 2019 with its seventh year and its biggest event yet with over 100 events across ten days including theatre, cabaret, comedy, film, and a specially commissioned piece of classical music. Read on for our guide to the events to watch at Reading Fringe Festival 2019.

Scandinavia at the Station

Reading’s award-winning Aldworth Philharmonic comes back to the station for a public concert to liven up travellers’ Saturday. The orchestra will be performing a concert of Scandinavian-themed, including Peer Gynt by Greig. Audience members can also have a go at conducting the orchestra themselves. Last year it was a joyous day, and lovely to hear music echoing through the wind tunnel on the transfer platform (the orchestra will be around platform 15). Its free, but book a ticket online, so you can get through the train barrier to see them.

If you thought last year’s brilliant, but bonkers cocaine and sex dream-inspired one woman show ‘Freud, the Musical’, was out there, well, you might need a lie down on the couch this festival, as writer performer Natasha Sutton-Williams takes it up a level with her new production. This time about fetishes, fantasy and, yes, clown sex.

Last year, when I interviewed her about Freud, she said: “When I was seventeen years old I was very interested in sex (as most seventeen year olds are). I wanted to investigate the psychology behind our sexual interactions and deviations as a society.”

“It’s important to discuss less appetising subjects through music so that we can investigate the feelings or situations we don’t normally discuss,” she continued.

She takes that attitude to the stage again with this one woman show which introduces us to three characters dealing with bad sex, sad sex and clown sex.

Natasha Sutton-Williams is a phenomenally talented performer, who jumps between accents, personalities, singing voices and physicalities with ease and joy and this show is likely to be just as mesmerising,

Come and watch some of the best short films from Reading and international filmmakers. The short film festival is always a highlight of the Reading Fringe with entries from local directors, producers and actors.

Films range from 60 seconds to 10 minutes long and range from tails about piggy banks to fleeing Tibet . This year it’s judged by BBC Berkshire’s Bill Buckley, Fiona Johnson and me, editor of Explore, which is quite exciting. The winner of the competition will be announced at the end of the screenings.

A Change is Gonna Come

Four soul, jazz and rap artists explore the power of protest songs in this music showcase from Carleen Anderson, Nikki Yeoh, Lady Sanity, Camilla George. They will perform unique interpretations of iconic songs from the time of the civil rights through to today

Fiona Talkington leads this celebration of 25 years’ of Reading Refugee Support Group’s work, with poetry, music and personal journeys from refugees who have made Reading their home after surviving War, torture and persecution. The event opens with At The Border, a short theatre piece reflecting influences from the Iranian writer and poet Choman Hardi. This will be a fascinating and important conversation about their lives and the work RRSG does with them.

Sarah Southern is a Tory. But now she’s not so sure. Can she still vote for what she’s spent her life working for? This is a comedy show about working in politics and wrestling with your belief system.

Bring Your Own Baby

Just because you’ve got a baby doesn’t mean you have to miss out on the Fringe Festival. Bring Your Own Baby Comedy is the lunchtime comedy club for parents, where babies up to 15 months can go too. Comedians include The Funny Mummy, also known as Alyssa Kyria and star of Live At the Apollo, Carly Smallman.

One of the healne acts of the Fringe this year, ‘lady clown’ and former Reading Uni graduate, Crayola the Queen, brings campy, cute, cartoonish comedy, parodic singing and drag shenanigans to the After Dark. 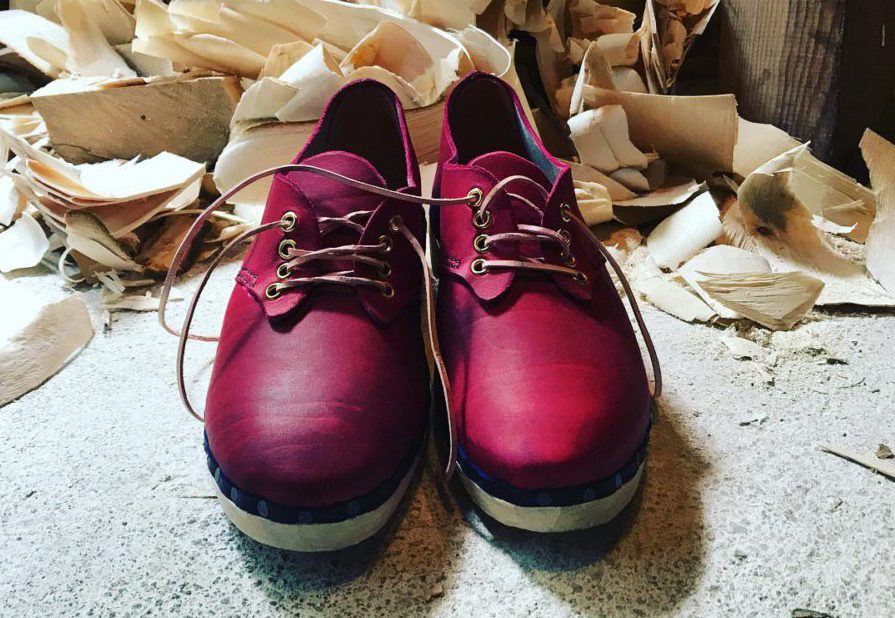 Don’t worry, despite the name this isn’t at all about communicating with leaves or hugging tree trunks.

Instead, BBC Radio 3’s Fiona Talkington, has curated a film, music, dance and storytelling collaboration taking us Into the Woods (that’s the theme of the Fringe this year, I case you didn’t know.

Reading has really developed a strong local stand up scene over the past couple of years and, last month, six local comics battled it out to take this slot at the Fringe in a comedy contest at the After Dark. Lucas Jolson was the worthy winner, I should know, I was one of the judges. Go and see one of Reading’s finest stand ups talk about why he’s fed up with being nice and why young people can’t buy houses.

Ever seen, or heard of, Norwegian comedy theatre? Nope, me neither. So, now’s the time to give it a shot as Det Andre Teatret, one of Oslo’s leading improv theatre companies, come to the Fringe with a show reimagining all the junk we throwaway, involving puppetry, storytelling and classical theatre

A Night In The Ruins Silent Disco

Dave Maul, the organiser of Are You Listening Festival, joins Pete Wheeler from Readipop Festival for an atmospheric night of silent disco in the Abbey Ruins. Dave’s Channel will do Indie disco, or tune in to Pete’s channel for disco and club classics

Find the full list of events and book tickets at readingfringefestival.co.uk/whats-on

Theatre reviews, Things to do